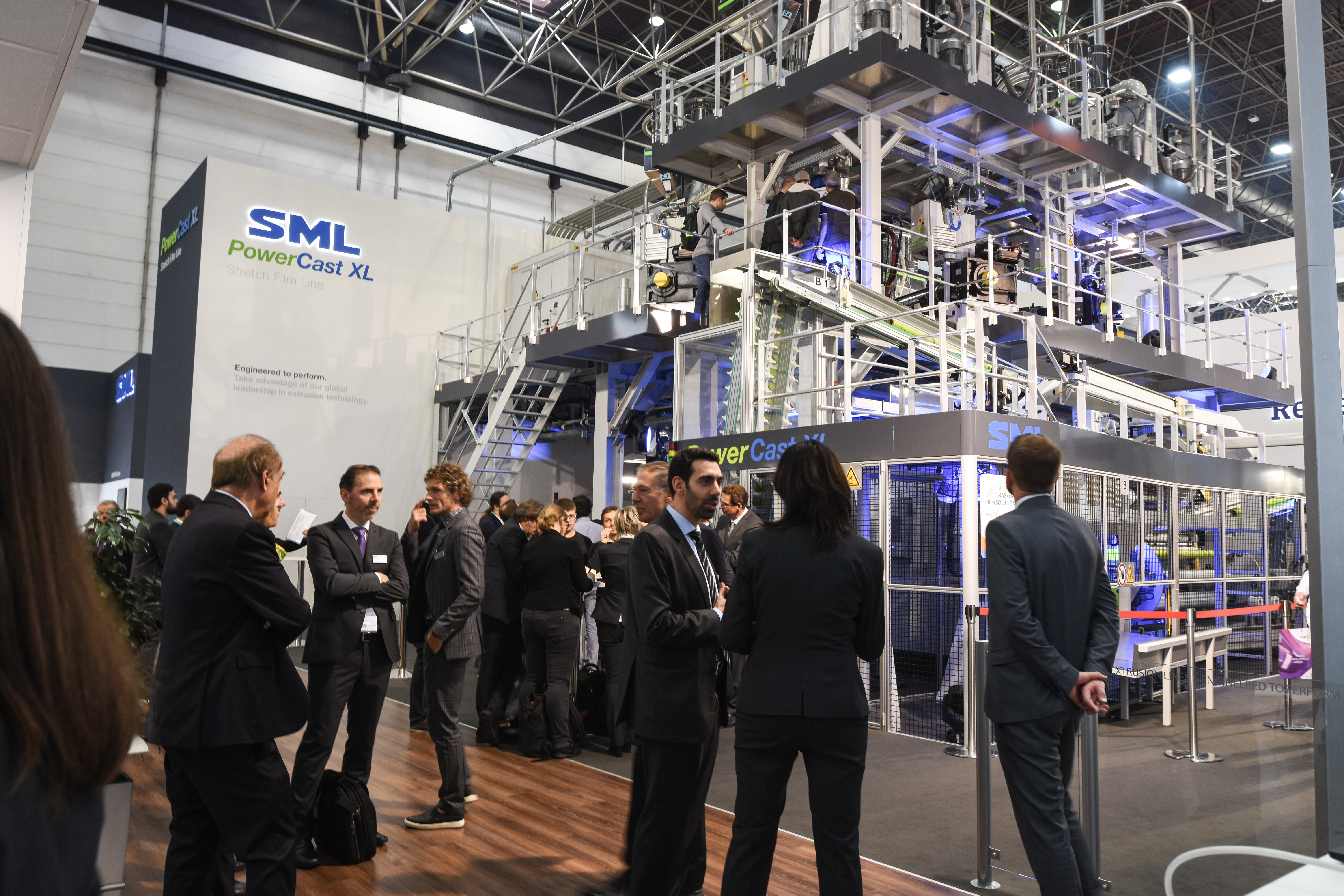 With the largest cast film line ever displayed at the K, the world’s premier trade fair for plastics and rubber, SML clearly demonstrated its leading position in the field of extrusion machines. The new PowerCast XL stretch film line showed a proven start-up time of less than 5 minutes, hands-free production changes and extraordinary high output, setting new benchmarks in over-all efficiency for film production – unreached by others so far.

Live at K 2019: Perfect product quality in less than five minutes
Right at SML’s booth at the K 2019 and in front of hundreds of visitors, the PowerCast XL was producing ready-to-use 12 micron high elongation film, directly delivered to the European market. Due to innovations like the new Booster technology, the huge 1,600mm diameter chill roll, a triple chamber vacuum box and the Cloeren touchless Reflex® die, the line reached a production speed of 525 m/min in less than 5 minutes – field-tested and demonstrated at K 2019 several times. In this very short start-up time, the thickness cross-profile variation of the film is already lower than 0,24 micron 2-Sigma and therefore the film is ready for sale.

Hands free production changes
During production changes, no intervention of an operator is needed – it is done hands free. To demonstrate this performance, SML increased the production speed of the PowerCast XL – twice a day live at the K 2019. By pushing just one single button, line speed went up from 525 m/min to 710 m/min fully automatically. The 9-up line reached a net production output of over 2,150 kg/h. The new technology integrated in SML’s PowerCast XL has significant effects on over-all line performance and effectiveness, reducing downtimes and waste to a minimum.

SML is to present its updated MiniCast® stretch film line in March 2016 and for a limited period a 1.5m-wide ...

Sigma Stretch Film of Asia, has announced the purchase of the first of their new cast stretch film production ...